UPDATE
MoD UK опубликовало пресс-релиз о перехватах наших бомберов около Эстонии и Великобритании
Estonia QRA launch
The RAF Typhoons deployed on NATO Baltic Air Policing in Estonia intercepted a Russian TU-95 ‘Bear’ Bomber, heading west close to Estonian airspace. The Typhoons then handed the escort over to Finish and Swedish QRA aircraft, before being tasked to re-intercept to maintain the escort of the TU-95 as its transited close to NATO airspace. The “Bear” had since been accompanied by two Russian SU-30 ‘Flanker’ fighters.
This is a routine NATO mission for the Typhoons which provides reassurance that the UK is here to work in partnership with Estonia.
A Typhoon pilot from XI(Fighter) Squadron, attached to 121 Expeditionary Air Wing (EAW), was conducting Quick Reaction Alert (QRA) duty when the scramble was called. He said:
“We were scrambled to intercept a Russian TU-95 aircraft, routing west close to Estonian airspace. We then handed over the escort to our Finish and Swedish partners, as the aircraft continued West. We were then tasked to re-intercept and escort the TU-95 ‘Bear’ which has since been joined by two SU-30 ‘Flanker’’. These Russian aircraft transiting the Baltic region were not on a recognised flight plan or communicating with Air Traffic Control. The intercept was uneventful and conducted in a professional manner throughout.”
The Royal Air Force is deployed on Operation AZOTIZE in Estonia in support of Baltic Air Policing.
This is the seventeenth QRA scramble resulting in an intercept since the RAF took over enhanced Air Policing (eAP) from the German Air Force on 3 May 2019 as part of Baltic Air Policing. The UK operates in support of NATO to reassure our allies and is a further demonstration of the UK’s commitment to the security of the region.
Elsewhere around the world RAF Typhoon jets are also deployed in the Falklands Islands on QRA missions, as well as operating in the Middle East on Operation SHADER.
На фото два калининградских Су-30СМ и Ту-142 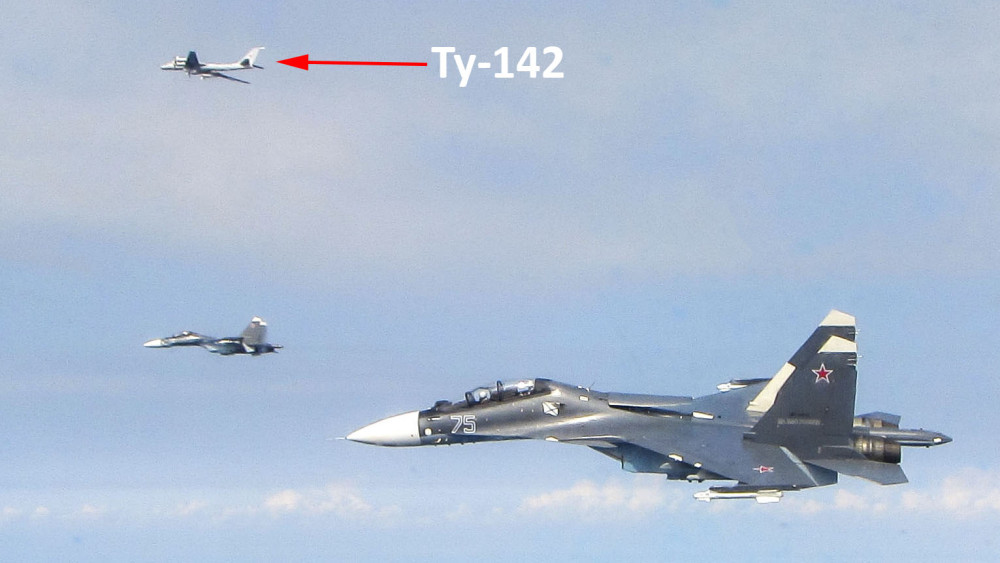 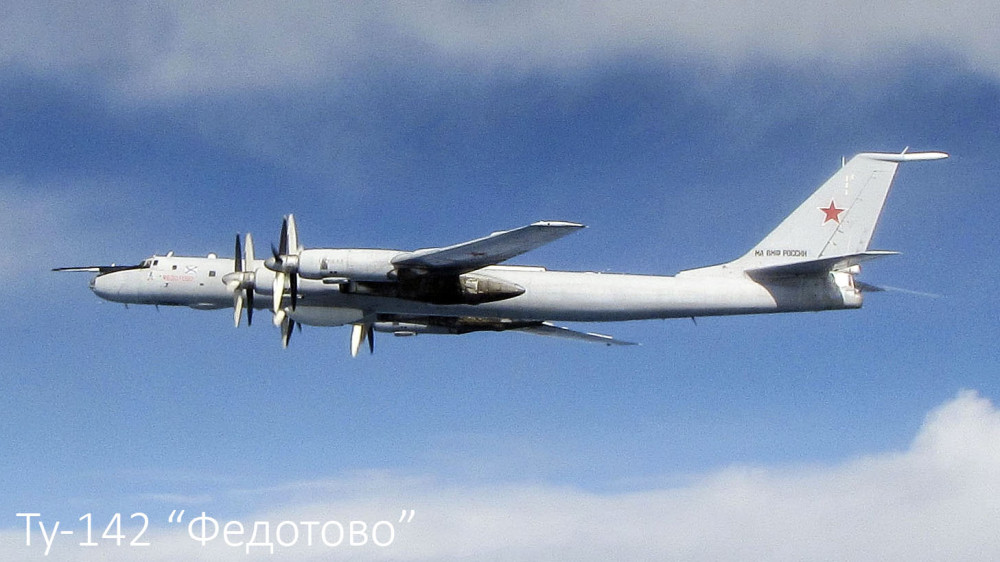 UK QRA launch
The QRA launch from RAF Lossiemouth took place after the two Russian patrol aircraft flew close to the international airspace of the UK’s fellow NATO Allies. A co-ordinated response allowed Allies to monitor the aircraft until the RAF intercepted them.
Our fighters escorted them from the UK’s area of interest and ensured that they did not enter either UK sovereign airspace. The intercept and monitoring was completed in international airspace throughout and conducted in a safe and professional manner.
The RAF routinely identify, intercept and escort Russian aircraft that transit international airspace. Russian aircraft frequently attempt to test NATO’s level of readiness, as well as conduct intelligence-gathering missions. The rapid reaction of the RAF and by NATO allies serves as a reminder of NATO’s cohesion and its ability to react.
Ту-142МК "Владимир Дубинский" 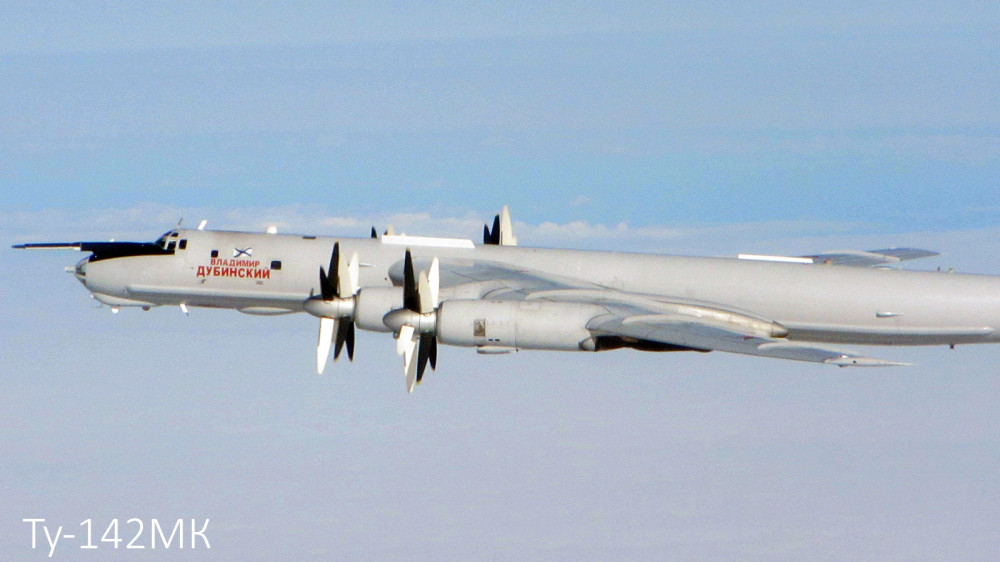 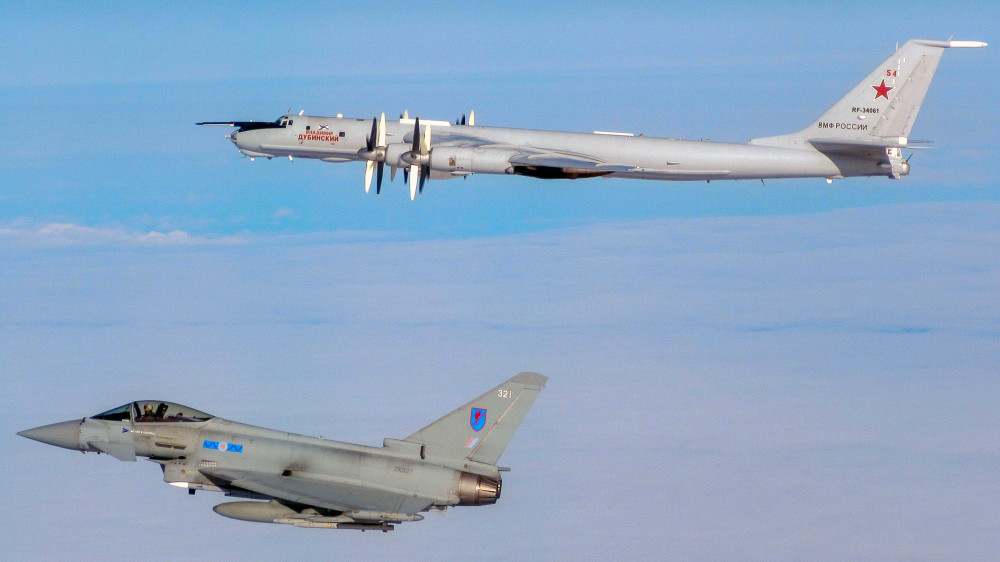 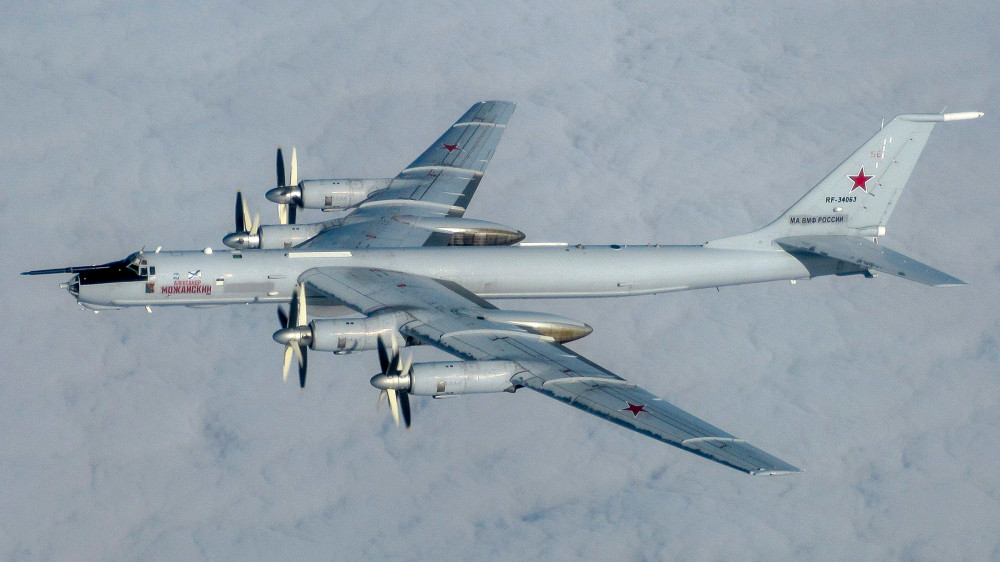 Posts from This Journal “bearnet” Tag